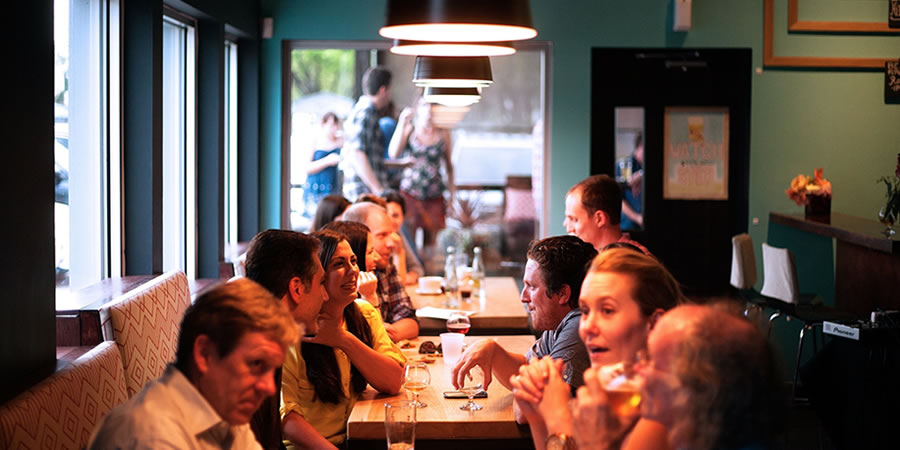 Let’s start with the idea that communicating with others is generally hard. When we communicate, the idea is to share or exchange information, ideas or news but there is so much that hinders the process that it can fail even before we start.

You can make a statement about something and your reader can read so much into that statement even without your intent. Words simply do not stand on their own. Layer upon layer is built under those words – expectations people have as well as past history or behaviour.

The single biggest problem in communication is the illusion that it has taken place.
– George Bernard Shaw

Our platform of choice

For all of the benefit that technology and the always-on, always-connected lifestyle we enjoy today brings,  the fact remains that we are as disconnected as ever. We prefer texting someone to having a phone conversation, terminations and layoffs are done via instant message or email and cell phone use has created a culture of addiction.

There’s at least one study indicating parents are increasingly distracted by devices. And how many of us have already come across countless scenarios in restaurants everywhere where mothers or fathers are on tablets or smartphones swiping and scrolling while children sit across acting up or worse, engaged in much the same activity on their own devices? In fact, would you be surprised to hear about Today’s review of the partnership between NBC Universal’s parent company, Comcast and nonprofit Common Sense Media to address this issue – one dinner at a time?

We succumb to what is easiest but not necessarily what is most effective. We avoid what causes friction and what is difficult.

Bumbling our way forward, we hope they’ll get it

We don’t want to be very clear about what we desire because it may come across too forward so we hide our request behind vague comments, hoping against hope that they will somehow step into our world and our predicament and see what we see and know what it is that we want.

We hide behind our words but these words must lead to action and when they don’t, we are then seen for who we truly are. But it is possible for us to become more effective as communicators, achieving clarity of purpose in what we say. Here’s how.

You are writing to someone so make it look like that. Don’t distance yourself through your writing as that alienates the reader – write in the first person.

You should choose to write in the first person because it creates a better connection with your reader. There is less distance, with the reader picking up on your emotions and thoughts.

Where you can say something simply as opposed to bombastically and in a complicated fashion, do that. Consider the act of editing as an investment of your time and money. And if you’re writing a book, consider the help of a professional editor to help you bring your vision to life.

What help does an editor provide? There are a few different levels of editing and the help varies depending on what is required. At its most basic is Word Level Editing, commonly known as proofreading. This seeks to correct typos, sentence structure in order to improve clarity, spelling mistakes, capitalisation errors, verb tense issues, improper spacing as well as formatting inconsistencies.

The next type is called Information Level Editing which is related to fact or accuracy checking. The third is Copy Editing which is editing at the sentence level ie the editor is not looking to make significant changes but rather to improve single sentences. Fourth is Substantive Editing or paragraph level editing which as the name suggests is concerned with entire paragraphs.

The last type is Developmental Editing or concept level editing. This is the most substantive type of editing which calls for an editor to review the goal of the book or article, make suggestions or ask questions about character development as well as provide critique on tone, language, flow, structure etc.

Where you can say something in three sentences rather than five, go for it. We go for short because people have increasingly shorter attention spans and get bored easily. If you want your words to have impact, it needs to be done quickly.

“A New York friend used to send me clever, well-thought-out emails, gems of sprightly prose. Then he switched to texting, which abbreviated his wit and style. Now all verbs and nouns have vanished; he sends emojis, the worst thing to happen to communication in our time.”
from The New York Times’s Eight Second Attention Span by Timothy Egan

Start with the end in mind

The best piece of advice I got from a great salesperson is to have all written communication such as emails start with the end in mind. This means getting to your main point first clearly and then building a story as to why. Instead of the other way around. People do not have the time to wade through your email, wondering the whole time what it is that you want.

This way, if they don’t like what you have to say, they can switch off to something else immediately. They will appreciate your being upfront about it instead of burying it within all that text.

The premise here being a response is planned, deliberate and thoughtful whereas a reaction is knee-jerk, emotional and even defensive. When we become more mindful about what is happening within us in response to what we see, read or hear, we can process that as separate to who we are ie we are not our emotions or our thoughts.

We take the time to allow the emotional edge to pass so that we can fully grasp the issues from all angles and provide a considered response.

Keep your reader front and centre

Last, and I believe the most important of all is, to keep your reader in front of you at all times. What does that mean? You are communicating with them for a reason and you have an objective to achieve. If you spend some time putting yourself in the shoes of your reader, you will ask yourself questions like:

When you ask yourself these questions, you can write better, more authentically and effectively.

“Two Monologues Do Not Make A Dialogue.”
– Jeff Daly

If you like this post, I hope you will share it. If you need help with your writing, with getting published or with strengthening your brand, feel free to reach out. Let’s have a chat.